Product Recalls in the US: 2017 Statistics 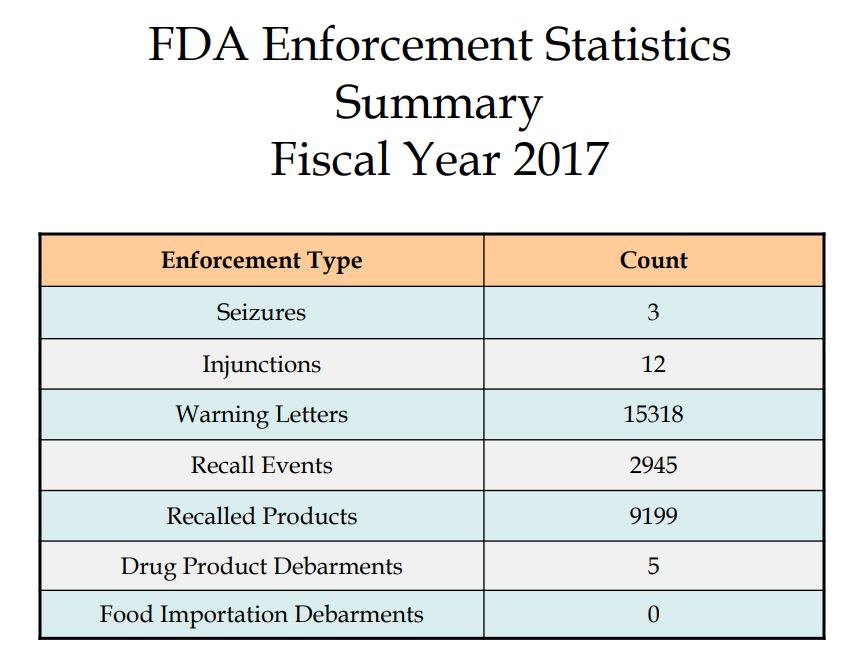 As the agency that watches over product safety, the Food and Drug Administration (FDA) sometimes must take action to protect consumers from potentially dangerous items. A recent column in Med Device provided an overview of the FDA’s just-released 2017 enforcement statistics, which cover every action they took, from warnings to recalls.

The article also shared conclusions based on an analysis of data from the Center for Devices and Radiologic Health for 2008-2017. You can view the full report of FDA product recalls and warnings online.

It’s important to note that the FDA doesn’t always get to an unsafe product first. If you or a loved one have been injured by a defective product, contact an experienced product liability attorney in Philadelphia to discuss your legal options.