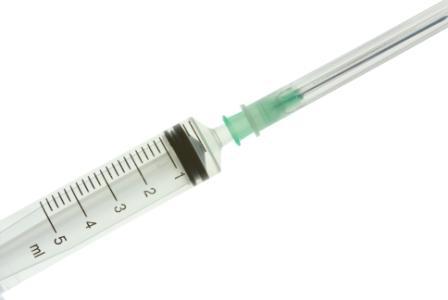 517,000 babies were born prematurely in the United States in 2010, and nearly 15 million babies were born preterm worldwide that year. The World Health Organization defines premature infants as those being born at less than 37 weeks gestation. Many premature babies are born slightly underdeveloped, putting them at risk for breathing problems, bleeding in the brain, cognitive delay, cerebral palsy, or even death. However, even a single dose of antenatal steroids can lower the risk of many of the effects of premature birth on infants.

The corticosteroids of betamethasone or dexamethasone can be given to a mother who is likely to deliver prematurely. In order to be most effective, the steroids should be injected at least 24 hours prior to the delivery, and preferably no earlier than 1 week before the birth. If the baby is not born within a week of the initial steroid course, one “rescue course” can be given closer to delivery. These steroids are typically delivered up to 34 weeks’ gestation. When a single course of corticosteroids is given to a mother before premature labor, there is strong evidence of improved outcomes of the birth. Both betamethasone and dexamethasone can lower the risk of respiratory distress syndrome, intraventricular hemorrhage, intestinal infection, cerebral palsy, and death. Antenatal steroids are particularly beneficial for premature infants’ lung development, because they trigger an underdeveloped fetus’s lungs to produce surfactant. Surfactant, a compound naturally produced in the lungs of a full term baby, lubricates the air sacs’ linings within the lungs and allows the surfaces of the air sacs to slide against one another without sticking during breathing.

A study of the effects of antenatal steroids on premature babies found that, by giving mothers who were likely to deliver early one initial course and, if necessary, one “rescue course” of antenatal steroids, the risk of serious complications in babies born prior to 34 weeks was reduced by 31 percent without negative side effects noted. The study also showed a significant decrease in respiratory distress syndrome, ventilator support, and surfactant use among the babies in the “rescue steroids” group.

Please do not hesitate to contact our office to discuss this or any issue related to birth injury in Philadelphia.