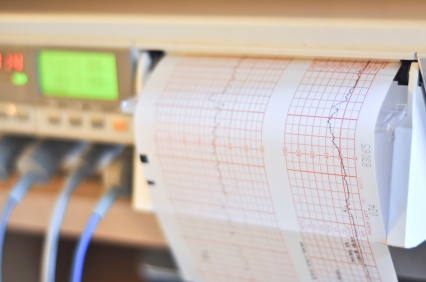 A commonly known tool used in the assessment of the general condition of a newborn at birth is the "apgar score." It is a numerical measurement of the general health of a newborn based on five clinical criteria. Each criteria is given a score of 0, 1 or 2 and the score is calculated at 1 minute after birth, 5 minutes after birth, 10 minutes and sometimes 20 minutes after birth if necessary. If the child’s first apgar score is 8 or better it might not be repeated but typically at least a 1 minute and a 5 minute apgar score are noted in the child’s record.

More recently, some healthcare providers place undue emphasis on the 5 minute apgar score in defense of any claim that a baby suffered an injury during delivery or at birth. Many maternal fetal medicine experts have testified that if a child’s 5 minute apgar score is 6 or better, the child could not have sustained a birth injury. The scoring is done subjectively and, further, the second apgar score is often done after the baby has received resuscitation.

If you have concerns about whether your child suffered a birth injury, the mere fact that a nurse or pediatric provider noted a 5 minute apgar score of 6 or better does not prove that your child did not sustain a neurological injury at birth.

It’s a single piece of evidence often subject to bias, observer error and/or inexperience and should never be accepted at face value if it’s inconsistent with other reliable indications that your child suffered an injury at birth.