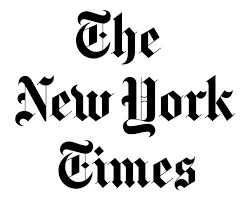 Scrutiny is on a Dallas hospital that did not view Thomas Duncan as a potential Ebola patient, and sent him home after an initial Emergency Room visit. His family is calling that decision into question, since the Liberian man eventually died of the disease.

According to an article last week in the New York Times, Duncan’s family provided 1,400 pages of medical records that indicated the patient’s temperature was 103 degrees and that he was in severe pain during his ER visit to Texas Health Presbyterian Hospital on Sept. 25. They indicated that hospital staff knew Duncan had recently returned arrived from Africa. “He was prescribed antibiotics and was told to take Tylenol, then he returned to the apartment where he was staying with his fiancée and three other people,” noted the reporter. “He returned to the emergency room on Sept. 28 and was immediately placed in isolation in the hospital.”

The hospital’s initial report had Duncan’s fever at 100.1 during the first ER visit, according to the article. The report indicated he had abdominal pain, a headache and decreased urination, common symptoms for many communicable diseases and other types of illness. But the reporter notes that “the hospital has made contradictory and inaccurate statements,” including the wrong date of diagnosis and whether the medical team had access to all information, including the recent trip to Africa.

Here is a link to the article in its entirety, “Ebola Patient Sent Home Despite Fever, Records Show.”: http://www.nytimes.com/2014/10/11/us/thomas-duncan-had-a-fever-of-103-er-records-show.html?_r=0