Someone, Take the Wheel? Driverless Trucks Coming Soon to Pennsylvania 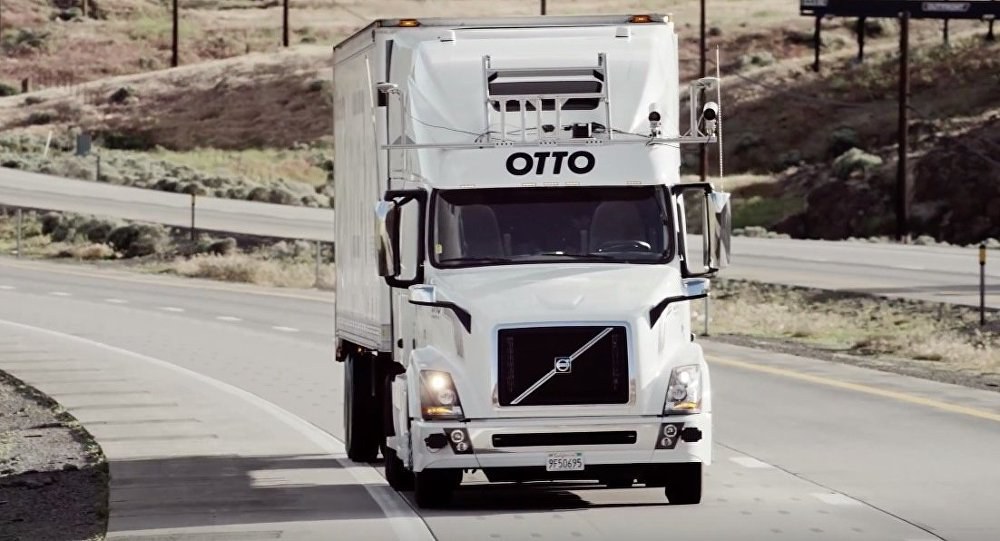 It’s nerve wracking enough to have a big rig blast by you on the highway. Imagine if that multi-ton truck had no driver at the wheel. That reality is not far away, according to a report by WFMZ.com. Driverless truck technology is poised to hit Pennsylvania’s roadways in the near future, and while such technology is certainly innovative, it has many wondering about the impact on everyday drivers, including potential accidents involving trucks in Pennsylvania.

Driverless trucks will likely hit the road before driverless cars, due to the support of the delivery logistics industry, which is continually looking for more efficient options. Driverless trucks can operate 24/7, unlike their human counterparts who are restricted by legislation that limits their driving hours.

The WFMZ report cited the success of Uber’s OTTO, a driverless truck that successfully hauled a full load of beer cases 120 miles between two Colorado cities. The reporter quoted George Kinney, transportation director at the Lehigh Valley Planning Commission, who said that driverless trucks can travel overnight, “alleviating truck traffic on already congested roads during the day in addition to eliminating truck stops and parking issues.” The article went on to state that “besides curtailing traffic, automation would also reduce roadway fatalities by as much as two-thirds…Of the 6 million annual traffic accidents nationwide caused mostly by human error (95 percent), 33,000 fatalities costing $836 billion yearly would be reduced to 11,300 ($194 billion) with nine out of ten trucks being autonomous.”

Concerns about driverless trucks continue, however, from the reliability of the technology that may lead to truck accidents in Pennsylvania to the number of jobs lost to automation. Other impediments cited by the report include the need for “pothole-free roads, accident liability across a variety of state laws, state and federal trucking and vehicle safety regulations, and changes in state traffic laws.”

In addition, regardless of the safety benefits of reducing human error, when a driverless truck is involved in a crash, an experienced truck accident attorney will still advise that immediate action be taken, including preserving relevant and perishable evidence at the scene of Pennsylvania truck accidents.

As always, we welcome you to contact us at any time with your questions.