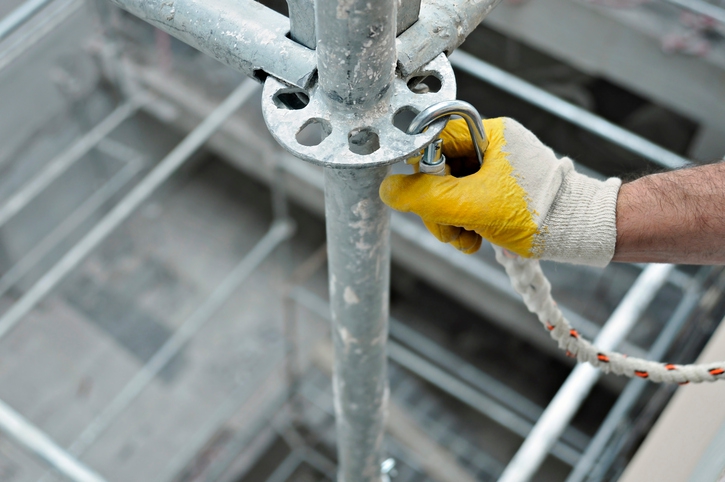 When Stanley Zarzecki fell 10 stories to his death during an installation job on a Philadelphia rooftop, he wasn’t wearing a safety harness. That was an issue in Pennsylvania. If it had happened in New York, it would have been a different story.

That’s because of a highly-debated New York law known as the Scaffold Safety Law (NYS Labor Law sections 240/241). The law places absolute liability on contractors and property owners for elevation-related injuries. The injured worker can’t be held liable, even for gross negligence.

In Pennsylvania, Zarzecki’s widow and young children received a sizable settlement of $4.45 million from several defendants. Taken into account was a comparative negligence standard, which allowed that an employee (in this case Zarzecki) may be partly at fault for failing to use provided safety equipment if such equipment was provided. In New York, it wouldn’t have mattered; the blame would have been shifted wholly to his employer and/or the property owner or contractor.

The Scaffold Safety Law is the only one of its kind in the country, and there’s a movement to reform this legislation, labeled as anti-business. At issue is the fact that employers are 100 percent liable. As one might imagine, 100 percent liability encourages lawsuits. Settlements in such cases are virtually guaranteed.

The cost of insuring construction projects in New York also has increased as a result of these suits. “New York’s insurance costs are the highest in the nation, and the reason is the Scaffold Law,” according to the Lawsuit Reform Alliance.

Supporters, however, say “The Scaffold Safety Law is in place to prevent deaths and injuries to workers.” Construction is an industry with regular injuries and fatalities, and the law encourages employers to take precautions so that they won’t be at fault. (It’s important to note that work accidents are typically workers’ compensation cases, which are not based on fault. However, when there are liability issues, a personal injury case can result in addition to the workers’ compensation case.)

Recently, labor unions in New York came out in support of the Scaffold Safety Law. They feel that the issue is not with the law, but with one of its unintended consequences—the high price of insurance. They endorsed a bill by Assemblyman Francisco Moya (D-Queens) that requires transparency from insurance companies that provide liability coverage under the Scaffold Safety Law. The bill requires the companies to file annual statements with the Department of Financial Services.

Were you involved in a Philadelphia construction accident that you think may have happened because of a product defect or liability outside of Workers’ Compensation? Contact us and we’ll discuss the details in a completely free consultation.