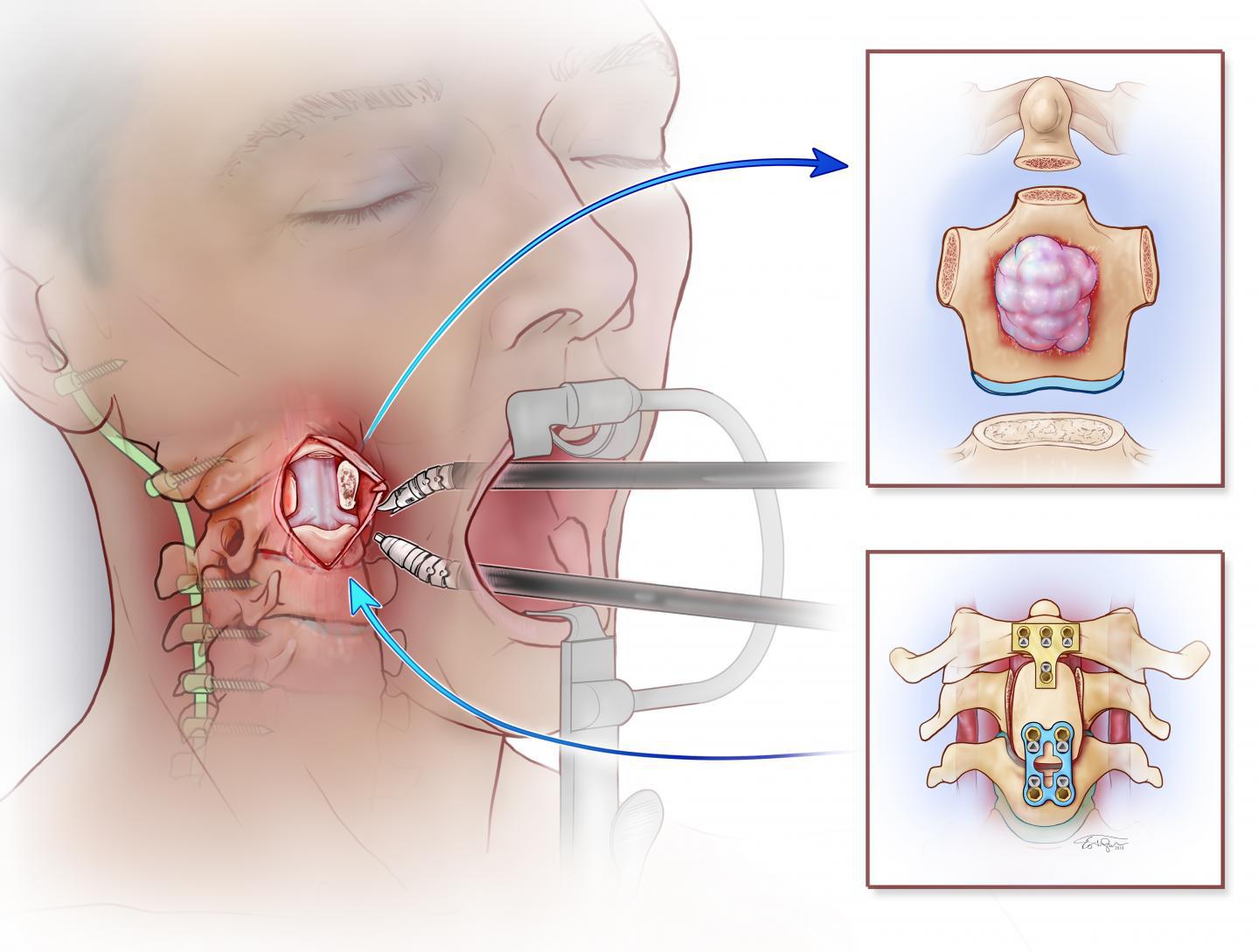 A University of Pennsylvania surgical team had a little help in removing a rare cancerous tumor that was difficult to reach: a robot. Lodged on the patient’s cervical spine at the base of his neck, the tumor needed to be completely and carefully removed, and the surgeons employed robotic arms to do so in a three-part, two-day surgical procedure, according to a university announcement. The procedure was the world’s first robot-assisted spinal surgery.

The tumor was a rare form of cancer known as chordoma that is typically asymptomatic, according to the release, and therefore not usually caught early enough to treat successfully. The patient, Noah Pernikoff, was fortunate in that his symptoms showed up in the form of neck pain following a car accident.

Due to the tumor’s location, there was a risk that the surgeons could paralyze Pernikoff or fail to remove the whole tumor, causing it to grow back more aggressively. They opted to utilize a trans-oral robotic approach (TORS), a minimally invasive technique invented at the University of Pennsylvania. In the first phase of the operation, the surgeons cut the spine around the tumor. In the second part, the surgical robot cleared a path so the surgeon could remove the whole tumor through the patient’s mouth. In the final stage, the surgical team reconstructed the spinal column using rods and some bone from the patient’s own hip.

While this surgery was successful, medical malpractice in Philadelphia happens more than you think. Contact us if you would like to share details of your experience and review your legal options.