Medical Errors in the Emergency Room: Understanding Why 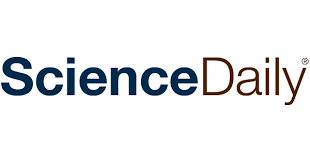 The chaotic nature of the hospital emergency room (ER) might seem to be the cause of medical errors. But a recent study revealed that ER errors are similar to mistakes made in calmer inpatient settings; both, according to a 2018 report, are caused by the way doctors process the information.

The study looked at patients who visited, then returned to the ER within 72 hours. On the second visit, these patients were admitted to the hospital, which may indicate that the initial care could have been improved. A trained team of physicians who evaluated the first visit found that doctors may have had the right information but did not choose the best course of action.

The study’s purported errors fell within these areas:

The study also noted that abdominal complaints were often misdiagnosed.

Most significantly, the study reported that medical errors cause as many as 250,000 deaths per year in the United States. If you suspect that you or a loved one is a victim of injury resulting from an ER visit or medical malpractice at a Philadelphia hospital and you need the help of an experienced medical malpractice attorney, contact us.