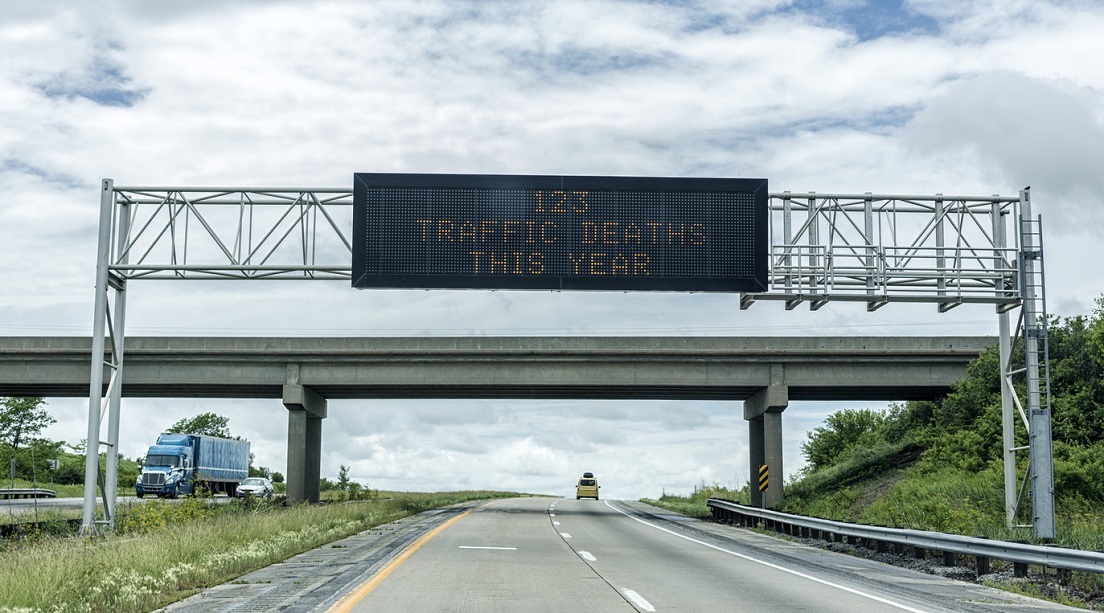 Highway signs meant to increase awareness of deadly crashes could be distracting drivers to the point where there are actually more crashes, according to a Wall Street Journal report on a new study. The study looked at data in Texas, one of at least 27 states to display year-to-date crash deaths on digital signs as a reminder to drive safely, and found that the signs seem to have the opposite effect.

Study researchers reviewed data over a five-year period, comparing crash statistics for not only weeks when safety campaign messages were or were not displayed, but also the 2.5-year time period before the safety campaign even began. The analysis revealed an increase in crashes during campaign weeks across all vehicle types, driver age groups and genders. There were also 4.5% more crashes in the 6 miles of road following the signs, according to other news coverage of the study. Overall, the study concluded that the highway signs caused an additional 2,600 crashes and 16 deaths.

If you were involved in a car accident and suffered injury due to someone else’s negligence, contact a top Philadelphia motor vehicle accident attorney to better understand your legal rights.