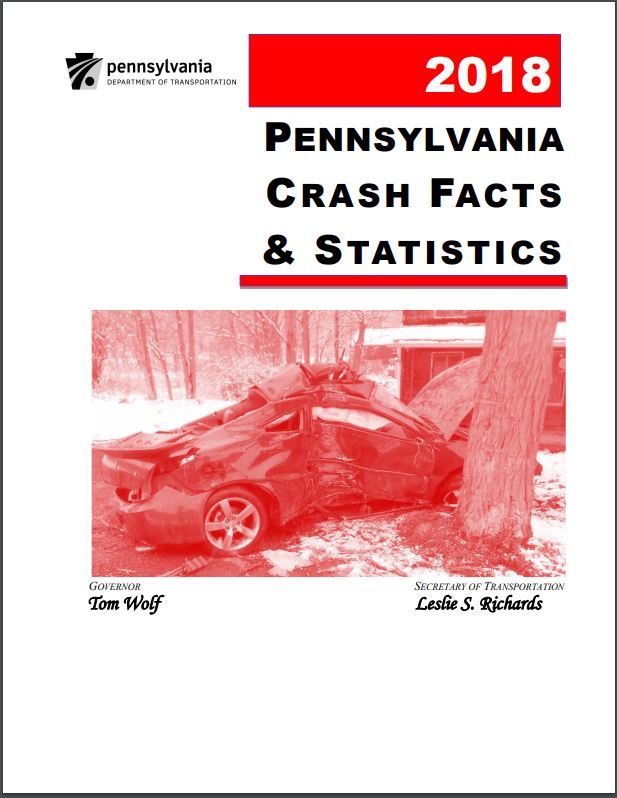 The Pennsylvania Department of Transportation (PennDOT) has released its 2018 Pennsylvania Crash Facts & Statistics report, revealing the second lowest fatality rate recorded since the department started keeping records in 1935. The rate, 1.17 fatalities per hundred million vehicle-miles of travel, shows a promising trend but 2018 statistics still include a number of crashes, injuries and fatalities.

The report breaks out the data in interesting ways, such as who was involved (by gender and age), the types of vehicles, which days of the week and hours of the day had the most crashes, and crashes involving alcohol. There’s also a section on seat belts, child safety seats and air bags in crashes. If you’d like to find out more, you can create your own custom searches with the Pennsylvania Crash Information Tool.

If you know of an accident that you believe involved negligence and would like advice from an experienced motor vehicle accident attorney in Philadelphia, please contact us anytime.