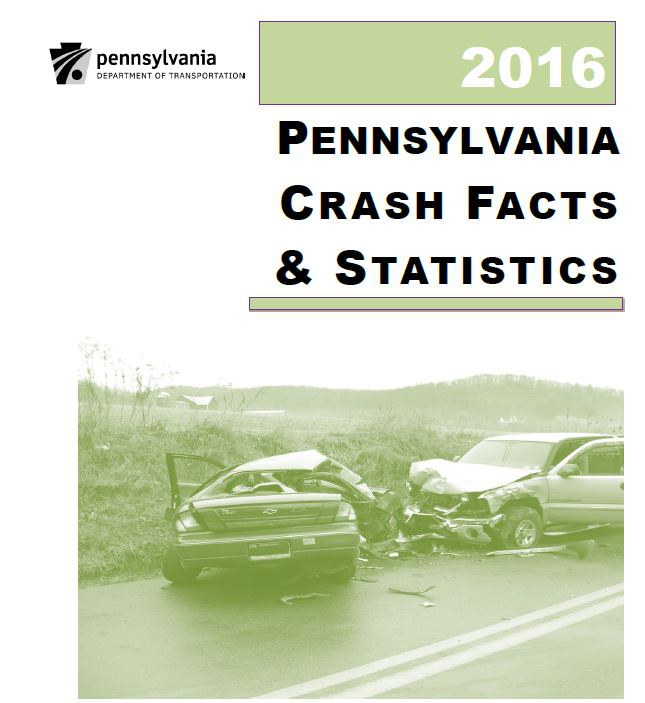 Each year, the Pennsylvania Department of Transportation (PennDOT) releases a report on the prior year’s crash statistics. “In 2016, Pennsylvania saw the lowest number of traffic fatalities on record—1,188,” according to PennDOT. “To add some perspective, the 2016 total of reportable traffic crashes is the thirteenth lowest total since 1950 when 113,748 crashes were reported.”

Here are some of the 2016 report highlights on motor vehicle accidents in Pennsylvania:

The 2016 report breaks out the data in many interesting ways, such as who was involved (by gender and age), the types of vehicles, which days of the week and hours of the day had the most crashes, and crashes involving alcohol. There’s also a section on seat belts, child safety seats and air bags in crashes. If you’d like to find out more, you can create your own custom searches with the Pennsylvania Crash Information Tool.