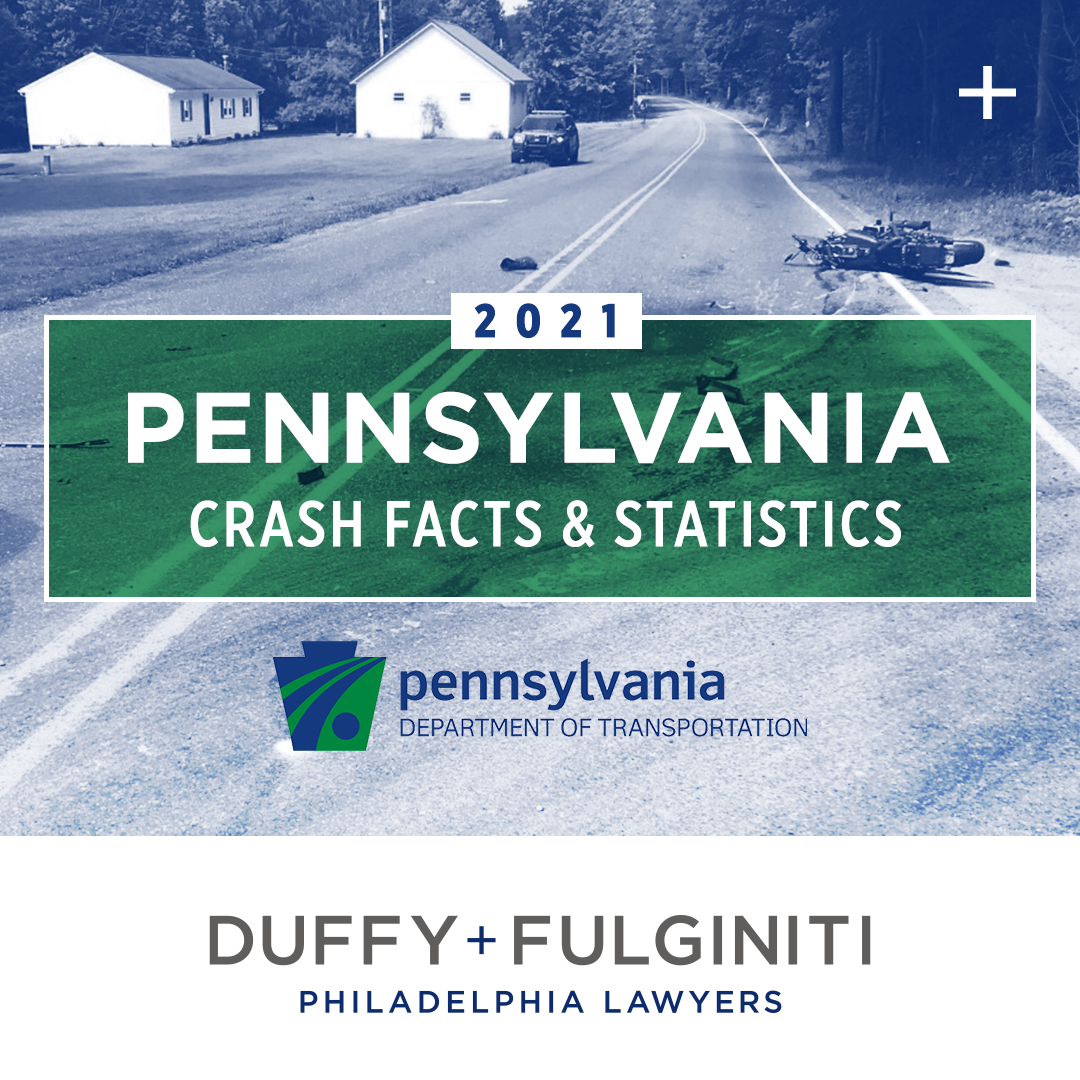 The Pennsylvania Department of Transportation just released its analysis of crashes in 2021. Amid this busy holiday travel season, the report is a good reminder to drive defensively and stay safe. It provides an overview of crashes on Pennsylvania’s 120,000+ miles of roadways, including when, where and why they happen.

There were highs and lows in 2021. On the plus side, reportable traffic crashes were at the second lowest level since 1950. However, the fatality rate was the highest recorded in Pennsylvania since 2005. Motorcyclist fatalities also rose to a number not seen since 2008. The total reported crashes in 2021 increased 12.8% compared to 2020; fatalities increased by 8.9%, while total injuries rose by 13.6%.

In all, there were 117,899 traffic crashes that claimed the lives of 1,230 people and injured another 69,599. The fatality rate was 1.44 fatalities per 100 million vehicle-miles of travel. That translates to about 13 crashes and 8 injuries every hour, and one fatality every 7 hours. One out of every 50 people were involved in a traffic crash.

A single vehicle hitting a fixed object was more common than any other type of crash. Passenger cars were involved more than all other vehicle types combined. Male drivers ages 21-25 were part of more crashes than drivers in any other age group. While bad weather conditions can affect driving, the vast majority of crashes occurred without any adverse conditions.

Crashes also increased during the holidays due to the volume of traffic. Often, the weekends before and after the holiday had nearly as many crashes and fatalities as the holiday.